A HISTORY THAT LEFT A LEGACY

The Charlotte City Club came into being on January 10, 1947. First envisioned in 1945 by Herbert H. Baxter, the mayor of Charlotte, who envisioned a “quiet place with attractive surroundings where meals would be served and members could get together to discuss business.”

In the late 1980s, discussions began concerning the relocation of the Club to the top two floors of the new Interstate Tower on the Square in the heart of uptown Charlotte. On November 29, 1990, the Club opened its elegant new surroundings with a formal Grand Opening Gala, and the members and their guests celebrated the dawning of an exciting new era for the Club.

In 2017, the Club formed a new Strategic Committee to create a three-year plan focused on the infrastructure and planning for the Club of the Future. Through the committee’s work, the Club administered surveys and focus groups in 2018, followed by our first Town Hall in January 2019. As a result of these efforts, the Club formed a Construction Committee to oversee the construction of a new Upper Club level, which concluded in November 2020. The project included more than $7 million in improvements, including the addition of 1140 sq ft of dining room space, the creation of a new Cigar Lounge with an outdoor cigar terrace, the addition of a Business Center, and an expanded Hornet's Nest bar. The new bar, with its panoramic view, seats 26 at the bar, and 40 more at surrounding tables.

Today, the Charlotte City Club reflects the highest aspirations of its founders. It provides a very special place for members to come and enjoy their social and business activities, from quiet luncheon meetings and small intimate dinners to social occasions and large private events.

Charlotte City Club is an unparalleled private haven in the heart of Uptown. Our member community engages in fellowship, culture, sports, arts and entertainment to connect and share in life’s greatest moments.

To provide thoughtful, personalized and gracious hospitality for the evolving needs of its members, their families and guests. 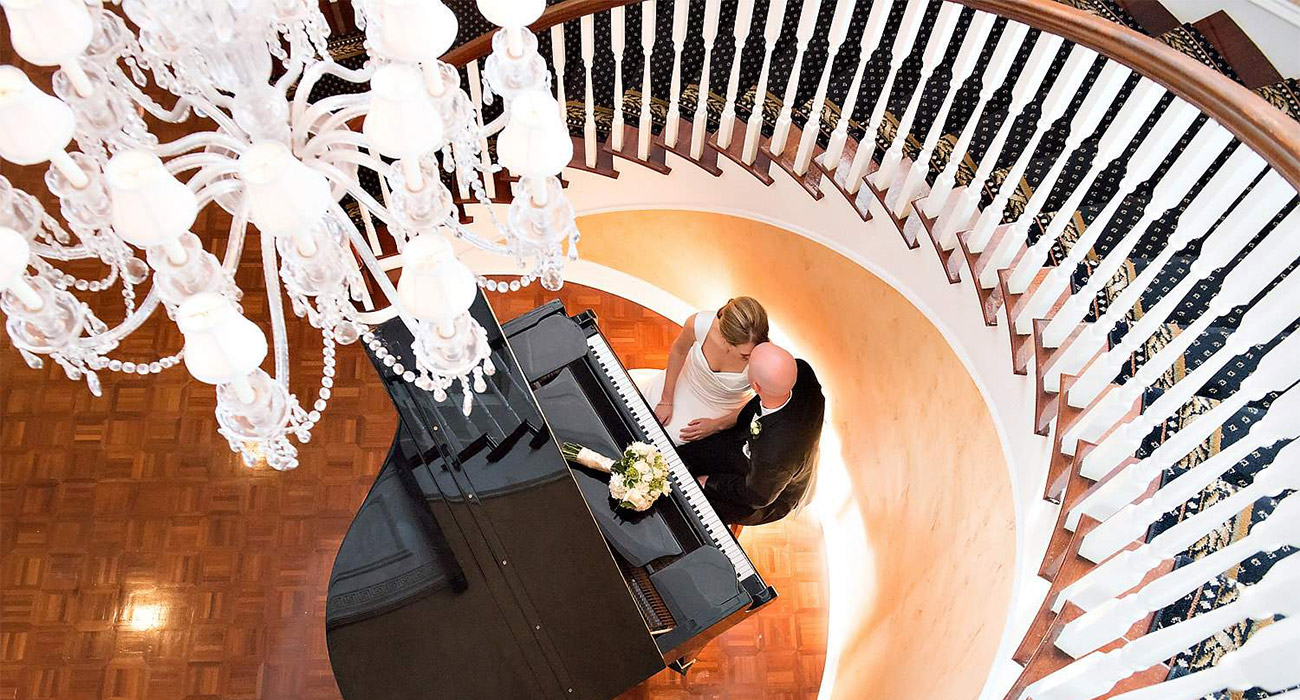 With unparalleled views of the city, Charlotte City Club is a respite in the heart of Center City. Created by city leaders and built upon the critical role of business in Charlotte’s growth and development, the Club remains an engaged, private community driven by the following core values:

WORK AT A HIGHER LEVEL

I've found Charlotte City Club to be my office away from my office. It gives me a professional yet inviting place to work and meet clients. The staff is friendly, respectful, and the service is second to none. I would highly recommend it for any business professional.
-Chrys K., Member Since 2014

Here, you'll find endless opportunities to elevate your career. The Charlotte City Club was originally founded in 1947 as a private members' club for people to meet and discuss business, and has since assembled a membership that attracts some of Charlotte's most interesting and successful men and women — a welcoming and diverse community of business-minded members who place a premium on camaraderie and fellowship.

Professional networking opportunities are cited as one of the top benefits by our members, as the Club offers the perfect atmosphere to host impressive meetings and business lunches, or network with other members to forge connections and uncover professional advantages.

The Grill Room bar with friends, Billiards Room, and those Moscow Mule drinks are my favorite.
-Joanna G., Member Since 2010

At Charlotte City Club we're not only about business – we’re also a place where families reconnect, friends spend precious time together, and there are endless opportunities to enjoy a more balanced lifestyle.

We value interesting conversations and everyday celebrations. We also strive to bring people together over amazing food, spark a new interest through one of our unique Affinity Clubs, or simply reconnect with friends at one of our many social activities or holiday parties.

Through my involvement with the Club I have made many friends. The club events and affinity club activities make it easy to meet fellow members and invited guests.
-Greg J., Member Since 2003

Camaraderie and community are central to the membership experience at Charlotte City Club. Our welcoming, self-selecting group of members come from various industries and walks of life—but all are united by a shared value for the unique experiences and connections that membership inspires. When you belong to Charlotte City Club, you’ll find endless opportunities to expand your social circle or spend meaningful time among friends and family. It’s also the best place to watch sporting events, play billiards, or simply enjoy a stimulating conversation over cocktails or a five-star dinner.

A vibrant social setting is enhanced by a full schedule of Club Events and our selection of Affinity Clubs that cater to nearly every interest.